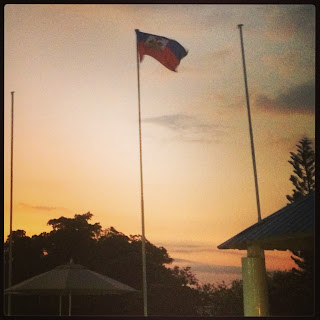 Linda-Hard to believe I am back in Port-au-Prince for the fourth time since the big earthquake in January of 2010. I am grateful to be part of a Rose Charities sustainable project to facilitate a neonatal resuscitation course, as previously requested by many health care professionals in Haiti. On my trip last year I saw firsthand the need for neonatal support, as 5 babies died on my unit in a week at the hospital. Even though the care there was excellent, financial resources are limited, and the staff can benefit from supportive education, equipment and facilitation of resources. Rose Charities is building upon several other trips of surveying Haitian doctors and nurses, networking and teaching certification classes to now offer another day of certifying several trainers, and two full days of teaching a standardized neonatal resuscitation course to approximately 70 nurses and doctors from various hospitals in Haiti to improve care for infants and neonates in Haiti.  I am thrilled to have my 15 year old son Andrew with me filming a documentary about this project, and he is very excited to be here (it is great he speaks French!).  My heart was warm as we flew in today, and I was pleased to see that the airport has been completely renovated since I was here last April, further evidence that positive change is possible and it is real.

Andrew – Today was “preparation day” for the big week ahead. I have to say it feels weird staying in an almost resort-looking type of place, when there’s so much else outside these gates that I am blind to. I was expecting to arrive at a dirt airport, then drive over to some small house to sleep on the floors. As  per usual in life, nothing is as expected. First of all the airport had a baggage system similar to ours with air-conditioned rooms and even a duty-free store, and considering I was expecting rubble, this was a huge difference. My mom said there have been huge renovations since she was here last, which seems like a good thing. Living in this… Resort/Hotel/Lodge… When there is so much poverty outside, feels wrong. I would feel so much better if I wasn’t so secluded from everyone, I wish I could live with the people rather than safely here. I have to say today was very relaxing though, it gave me a chance to rest from travel before the interviews ahead. I am so relieved to finally be able to stay in this beautiful country of Haiti, however even here, I am still facing first world problems and sometimes don’t realize that I am making them. Things like ” no wifi ” and ” uncharged electronics” really make me feel bad when I see people who have hardly anything living in tiny tents and sheds. I am excited for the week ahead and can’t wait to see and explore more of this amazing country. 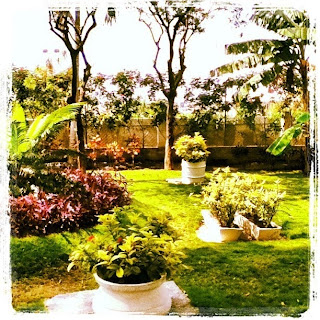 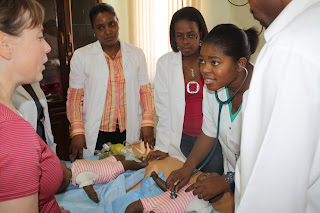 Linda-the teaching has begun and we are bursting at the seams, having had to turn away many doctors and nurses from this neonatal resuscitation course. The first day was “training the trainers”,  11 doctors and nurses who are assisting with two full days of teaching fresh students! This was a crazy day…on a break we were getting a tour of the hospital and happened upon a 27 week old premie that was blue and in severe distress. Our team sprang  into action and got that baby’s little heart beating again!  Sadly, the baby will not likely make it as there are many other complications, but it was a good team effort, and reminder of what is possible with adequate education and equipment.
Today was a full day of teaching doctors and nurses the NRP course, and we put to good use the trainers we taught on the first day.  The students are so keen and appreciative of the course it is a joy to facilitate!  Andrew and Michael interviewed the head of Pediatrics along with a nurse and 2 pediatric residents, who they had very distinct and insightful observations about health care in Haiti and how best to support it (stay tuned!).
Tonight I ate giraumon (pumpkin) soup, a Haitian specialty dish, and it was delicious! Although I am not a beer fan, I am loving the Haitian beer Prestige in the heat after a long day! My sister and nephew tried to order the Haitian delicacy of cabrite, or goat, but alas they were out :).  We also met up with Einstein Albert, who brought his beautiful Haitian bowls to sell. My new friends Doctors Marie-Josee and Genevieve from Montreal have been amazing instructors of the NRP course, and on top of keeping me in stitches have improved my French immensely! 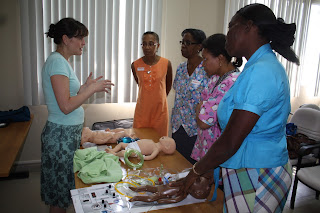 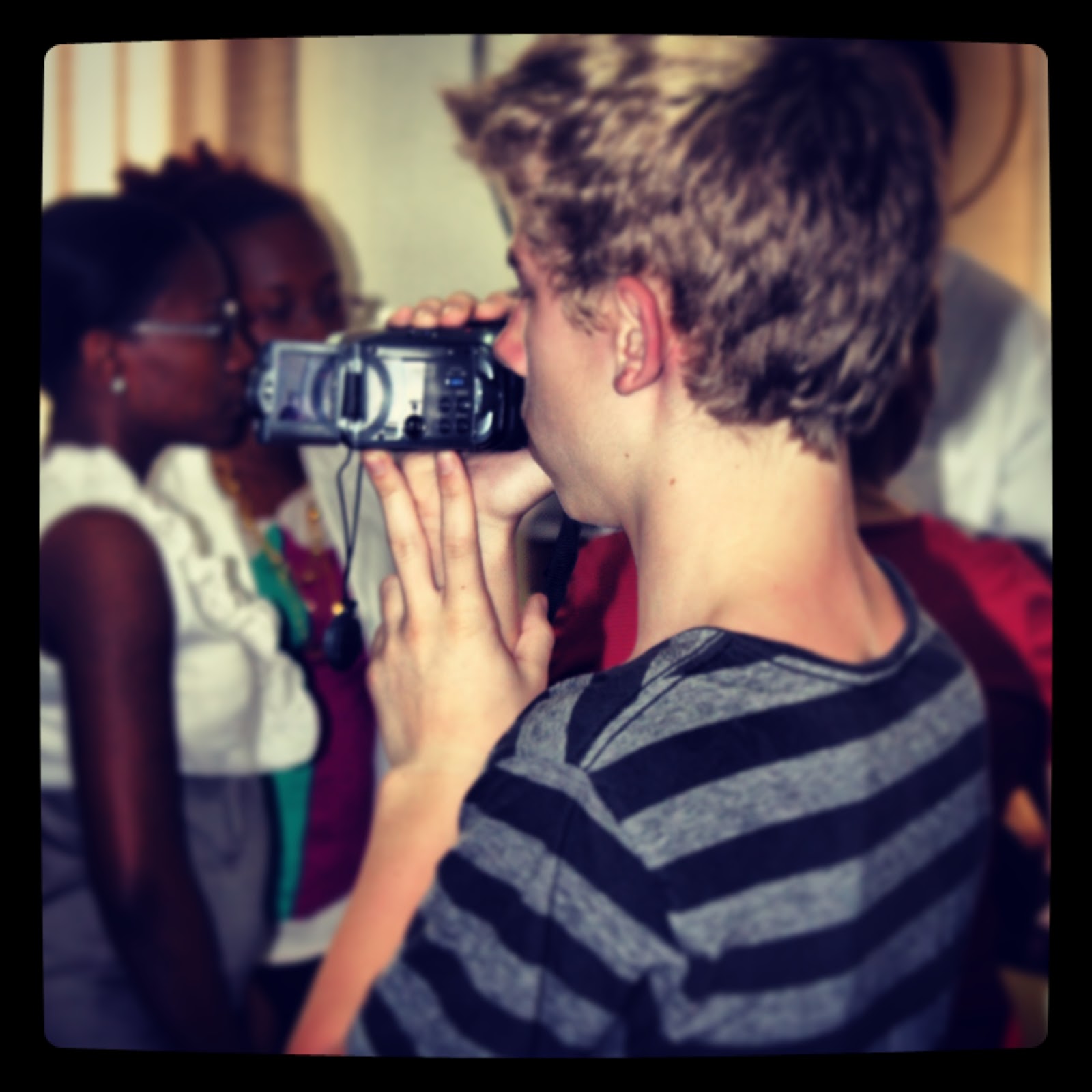 Andrew– this week was great. Tuesday, started us off filming at Dr. Lerebours’ office at Hopital Communaute Haitienne, where my mother worked right after the earthquake. Had a great interview with her and it was awesome to see her perspective. She also brought in a family with a Down’s syndrome child for me to interview. After about an hour we went with Jackie LeBrom on a tour around the city. Having lived in Haiti for around 15 years as a tour guide, she really knows her stuff. It was really awesome to see how much history that the country has, and yet very few realize it or even appreciate it. Haiti really is more beautiful than people realize. It is also a country with so any opposites, like poverty and beauty, people in desperation and people with hope. The sights, smells and sounds are also very intense and contradictory, like the smell of delicious food at the same time as rotting garbage piled high on the sidewalk. I kept thinking there was a fire outside every day until I realized it was the coal they cook with as so many of them do not have ovens, let alone homes. I watched a group burn tires as an act of protest. I thought that in a country with a culture so unique to the rest, even the protesters were different from any I have ever heard of. I had a good interview later with Jackie, especially with her outside perspectives.
The next day we spent filming RoseCharities’ neonatal resuscitation program interviewing students and doctors all around. It was an experience unlike any other to be able to feel progress almost as if it were tangible, mainly because the impact is so lasting, and the students in theclass were so appreciative. I am also so thankful for our healthcare here in Canada. I have to say it is crazy to be able to watch this develop as we are educating future pediatricians and doctors to actually be able to save babies’ lives when it wasn’t always possible before.
Now we are in Wahoo Bay, enjoying the ocean’s wind and the marvellous sunset, here is truly one of the places where Haitian beauty is easily seen.
Sincerely,
-Andrew Warner 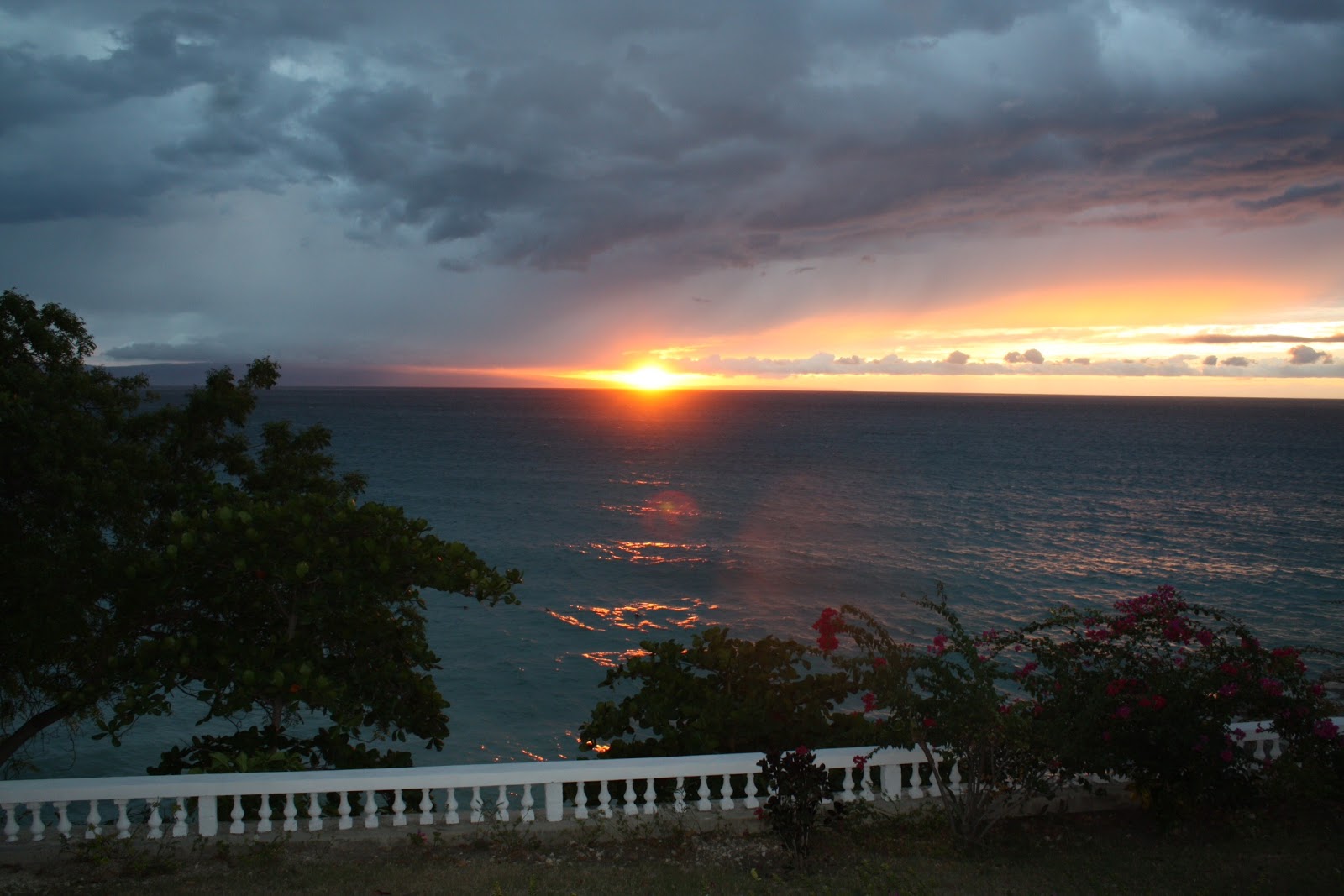 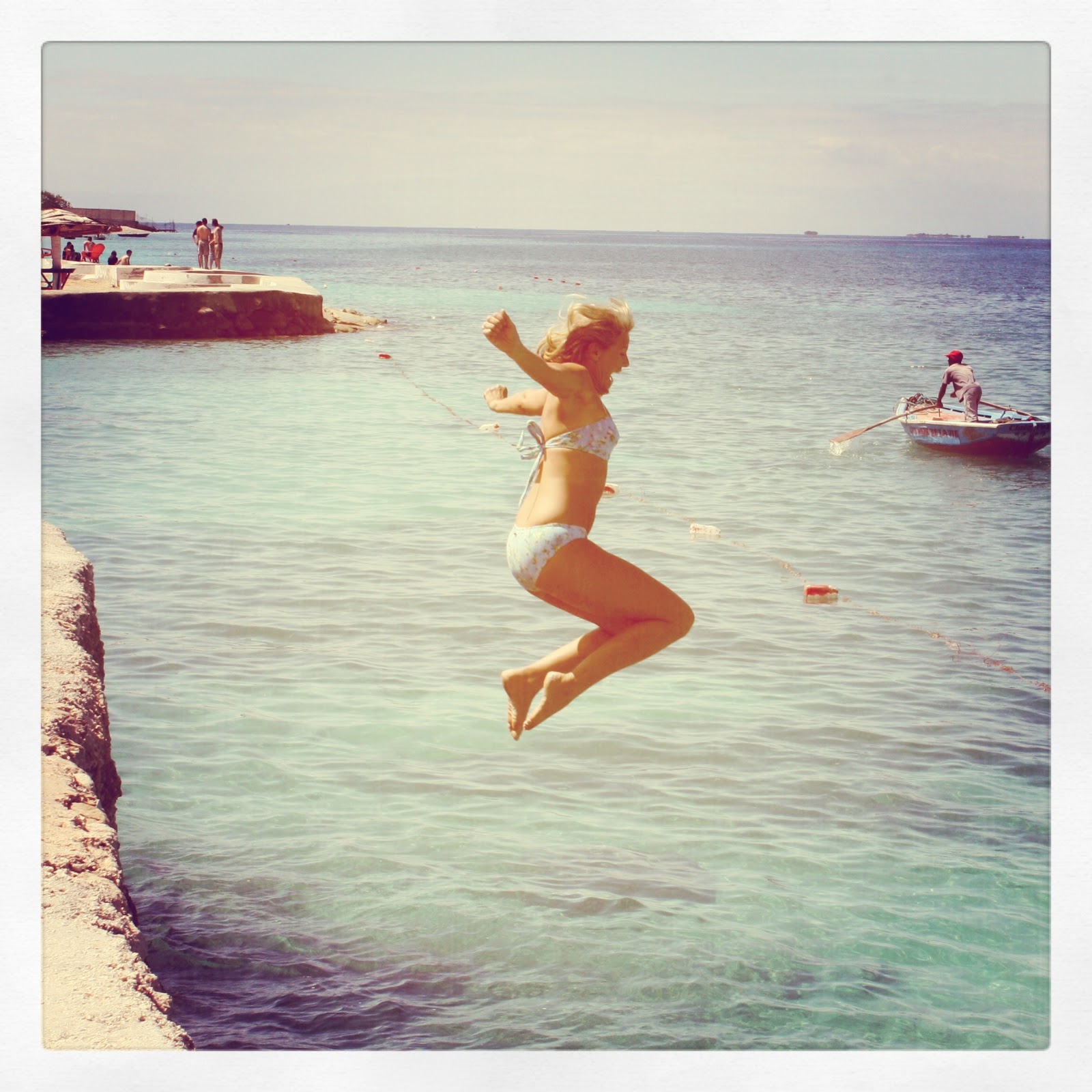 Linda-well, we took the weekend off to thoroughly enjoy the beauty of Haiti and the turquoise sea at Wahoo Bay! Beautiful gardens, fresh seafood, friendly people, Haitian music and lots of time to relax! Unfortunately, Andrew had gastro for half of the weekend, but my little filmmaker has been a real trooper! Wahoo Bay is about an hour from Port-au-Prince, and the resort is part of a rebranding program for emphasizing the positive facets of Haiti, for which there are many. As we have traveled through the streets, I am thrilled to see so much improvement and development since I was here following the earthquake three years ago! Many foreign countries have been frustrated with not seeing immediate change in response to a lot of donations, but in a country with little infrastructure one needs to have patience, and more importantly, faith. The people here have such a desire to participate in change, but it takes time, money, education, facilitation of skills and equipment, and above all, it is important to ask the Haitians themselves their priorities and needs, instead of a multitude of well meaning NGOs storming in with contradictory ideas and assumptions. It’s all about empowerment. The philosophy with Rose Charities has been focused on “a hand up, not a hand out” and “teaching a man to fish”, based on a needs assessment survey to the Haitians themselves, and that is why I am proud to be part of this project. 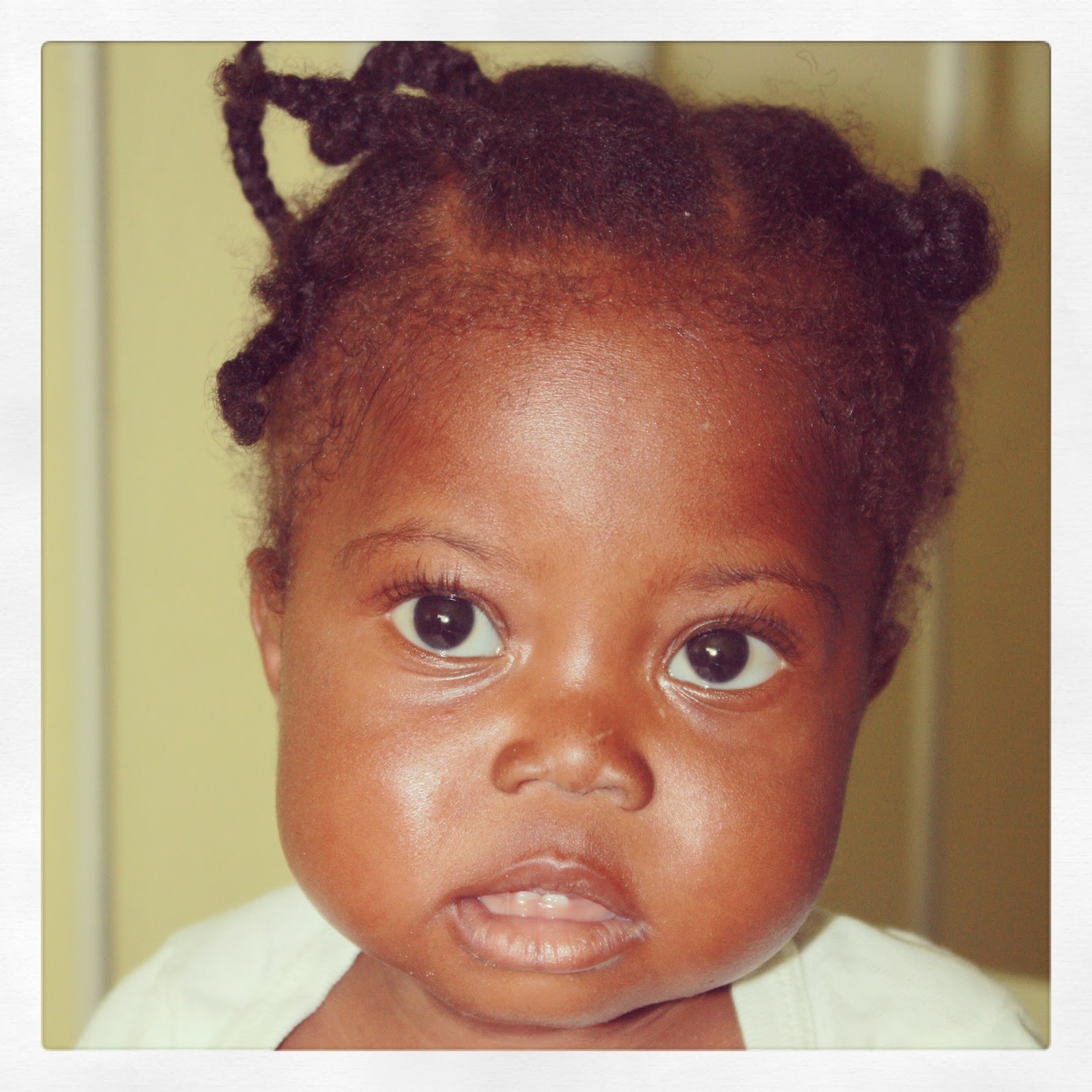 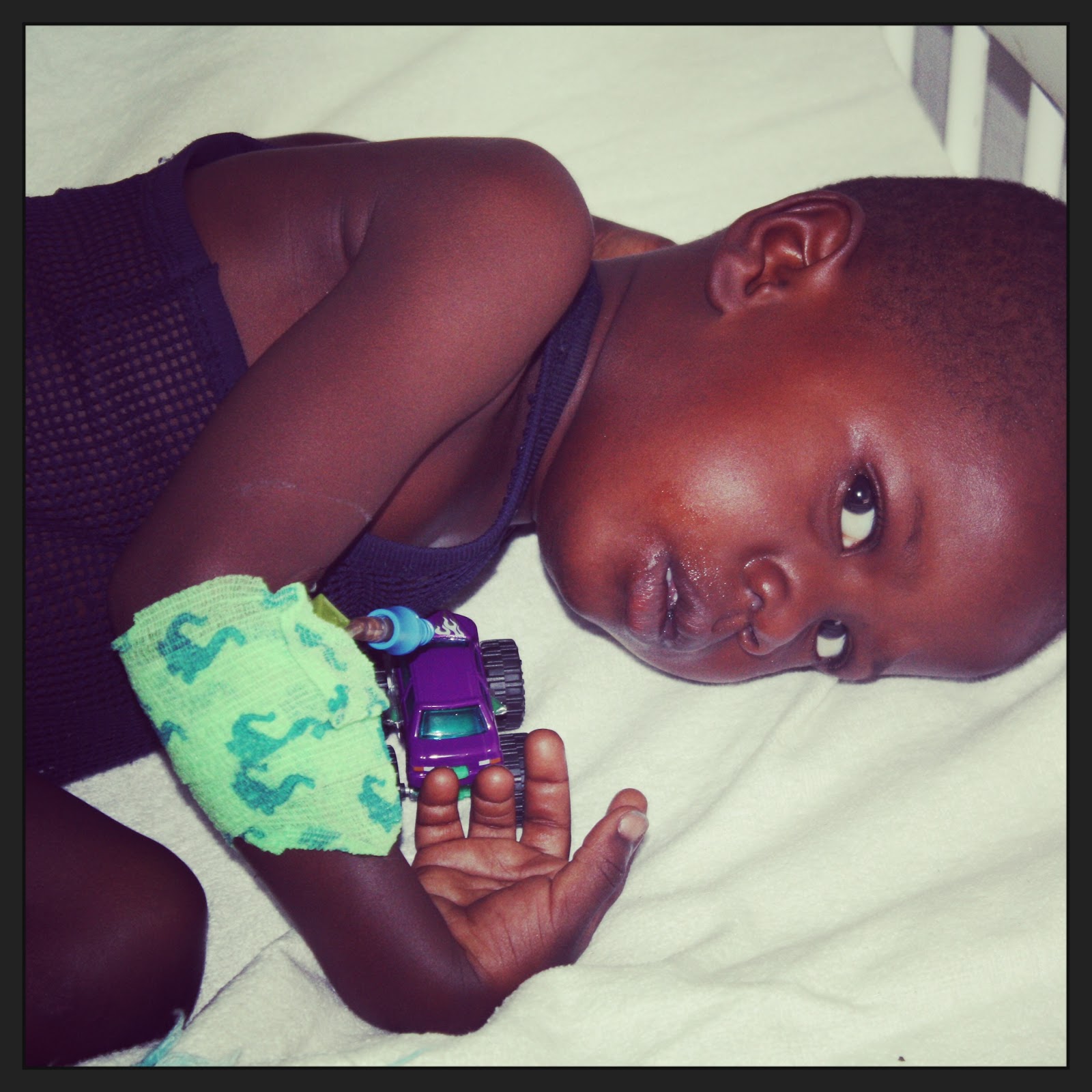 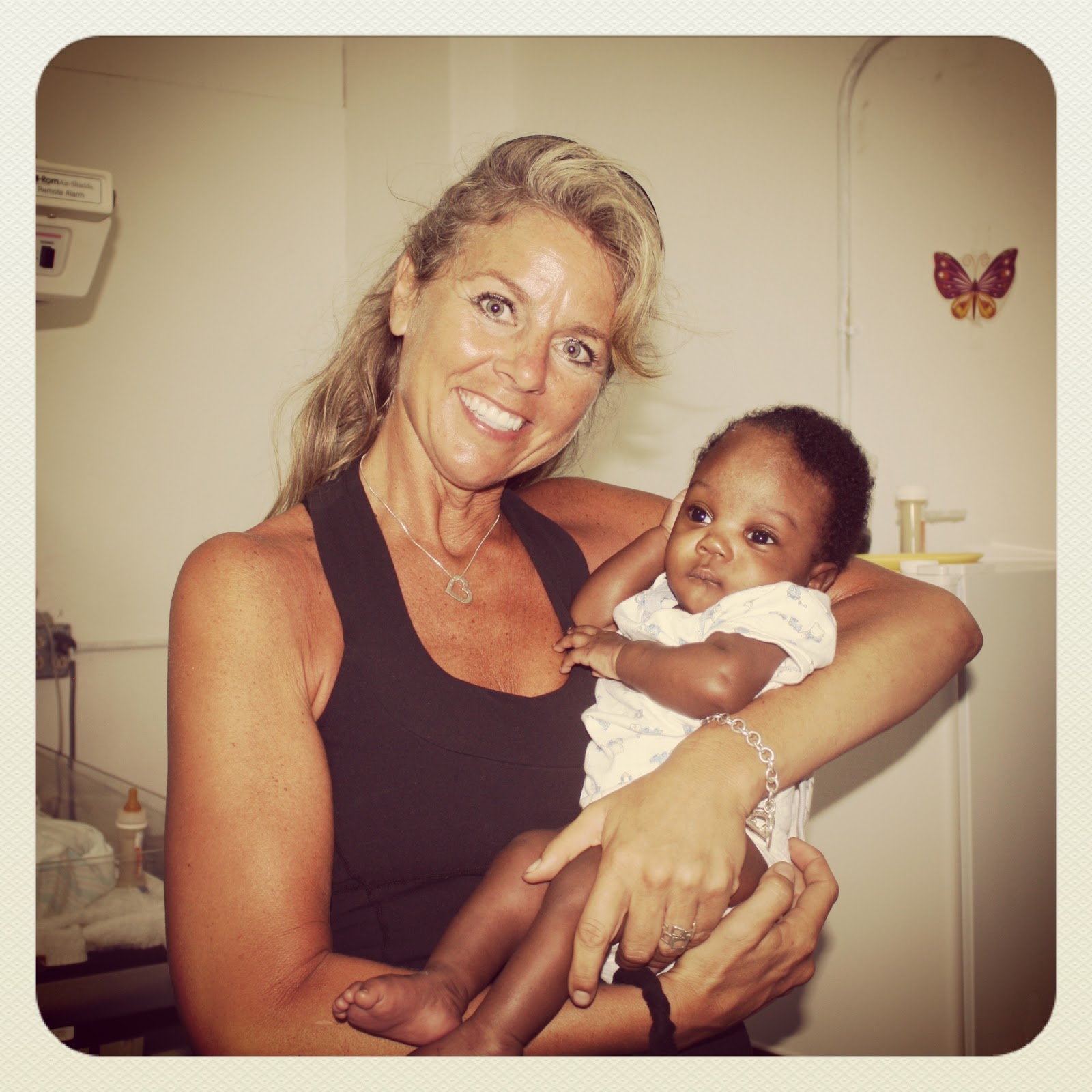 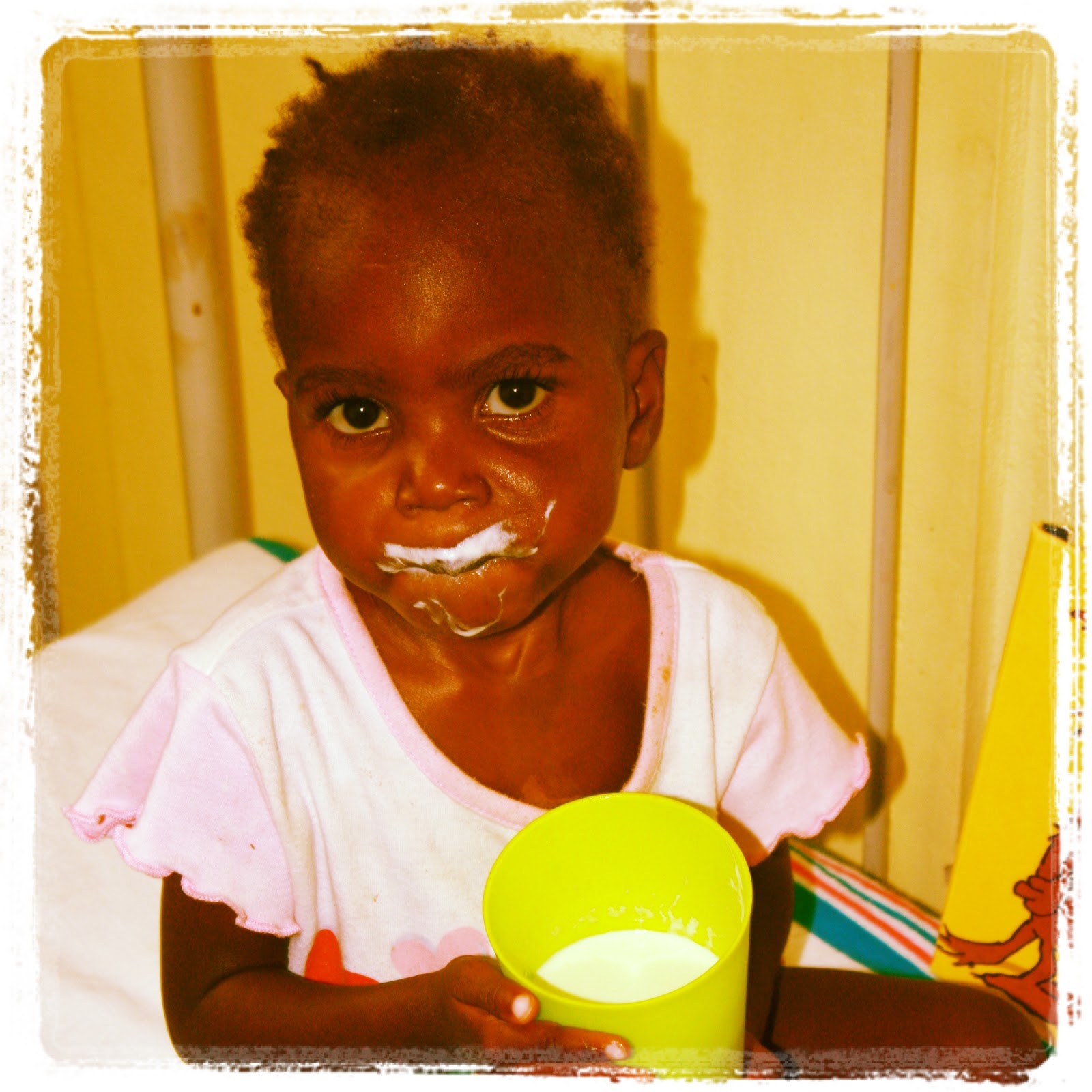 Linda-these are the faces, the hearts that haunt my soul…the reason I come back to Haiti…again, and again, and again, and again. Since visiting the beauty of the sea on the weekend, we have traveled to film at several hospitals in Port-au-Prince. We interviewed nurses, pediatricians and medical directors, along with families whose children have conditions that are usually treatable, fixable, or preventable in Canada. We wanted to assess the greatest needs for health care according to the people of Haiti, and to gain insight as to how we can best support that as a country, as a charity organization, and as fortunate human beings that are blessed to have just been born in a different place.
As much as my friends back home have nicknamed me “the Icewoman” for rarely shedding a tear back home, I cannot say the same is true in Haiti. It broke my heart to see children with hydrocephalus (swelling on the brain) that could have been easily prevented with access to a neurosurgeon, to see babies with disease related to malnutrition simply because they were starving, children with typhoid or other vaccine preventable diseases, and babies that didn’t survive simply because the doctors and nurses who are keen to learn do not have the training or the equipment to save these lives. The little baby I hold in the photo above has spina bifida, and his surgery was delayed for over a month because Haiti has no pediatric neurosurgeons. The worried mom was overjoyed when I told her my beautiful 17 year old niece Katie also has spina bifida, and has a wonderful life, playing sports and doing well at school with a gazillion friends, and that she even just got her driver’s license with an adapted car! Our discussion gave this mom hope, which in Creole is “lespwa”, and that is the basis of survival for this nation. 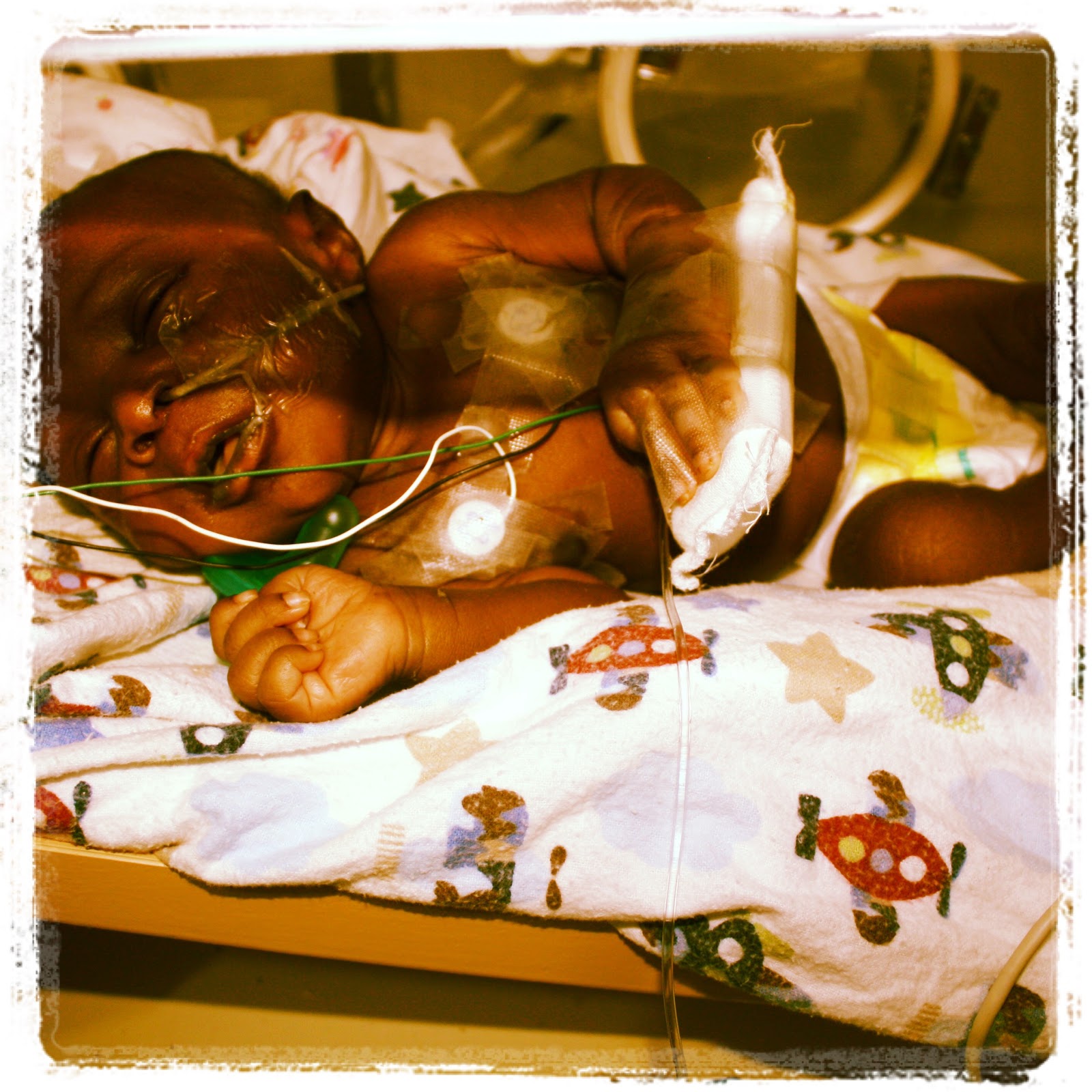 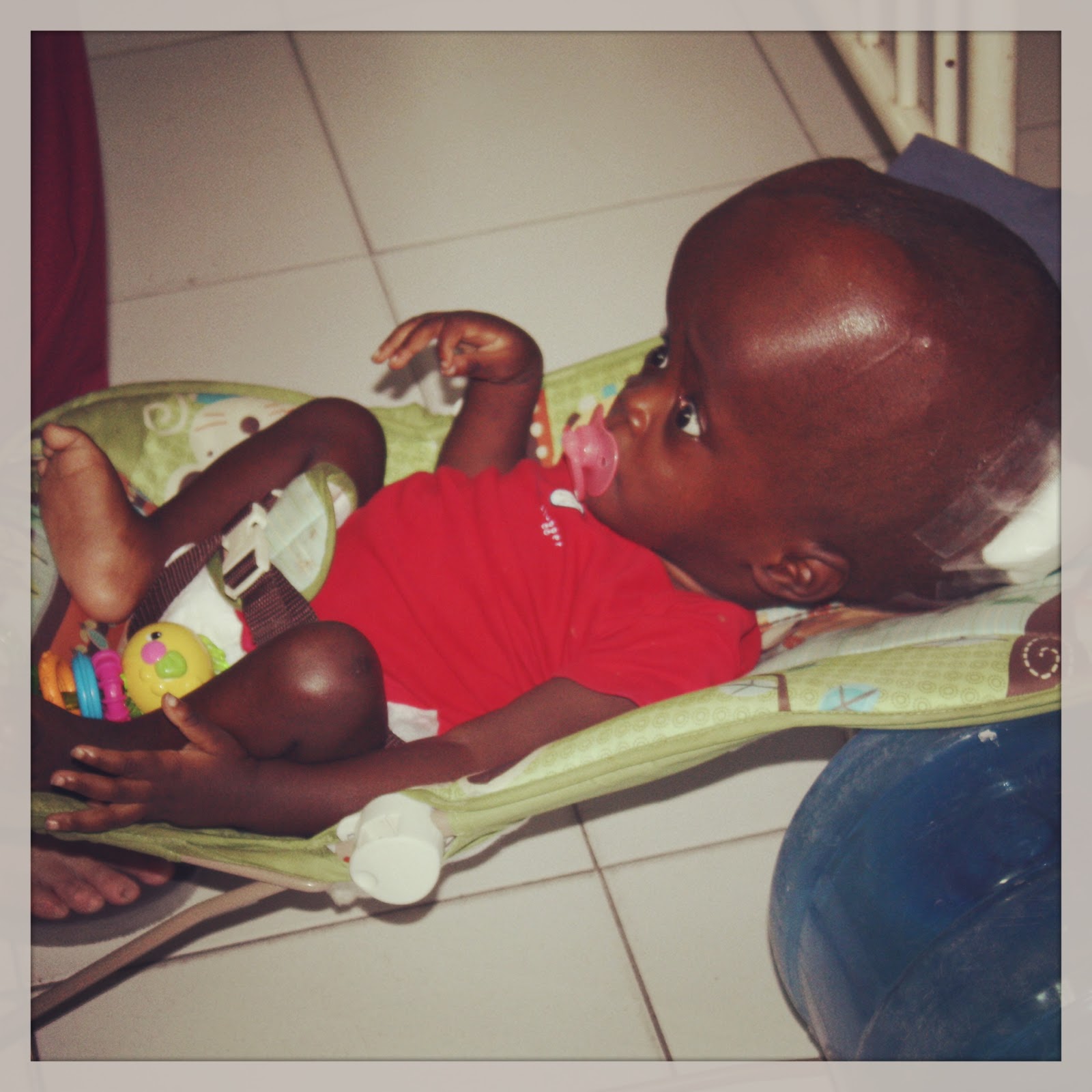 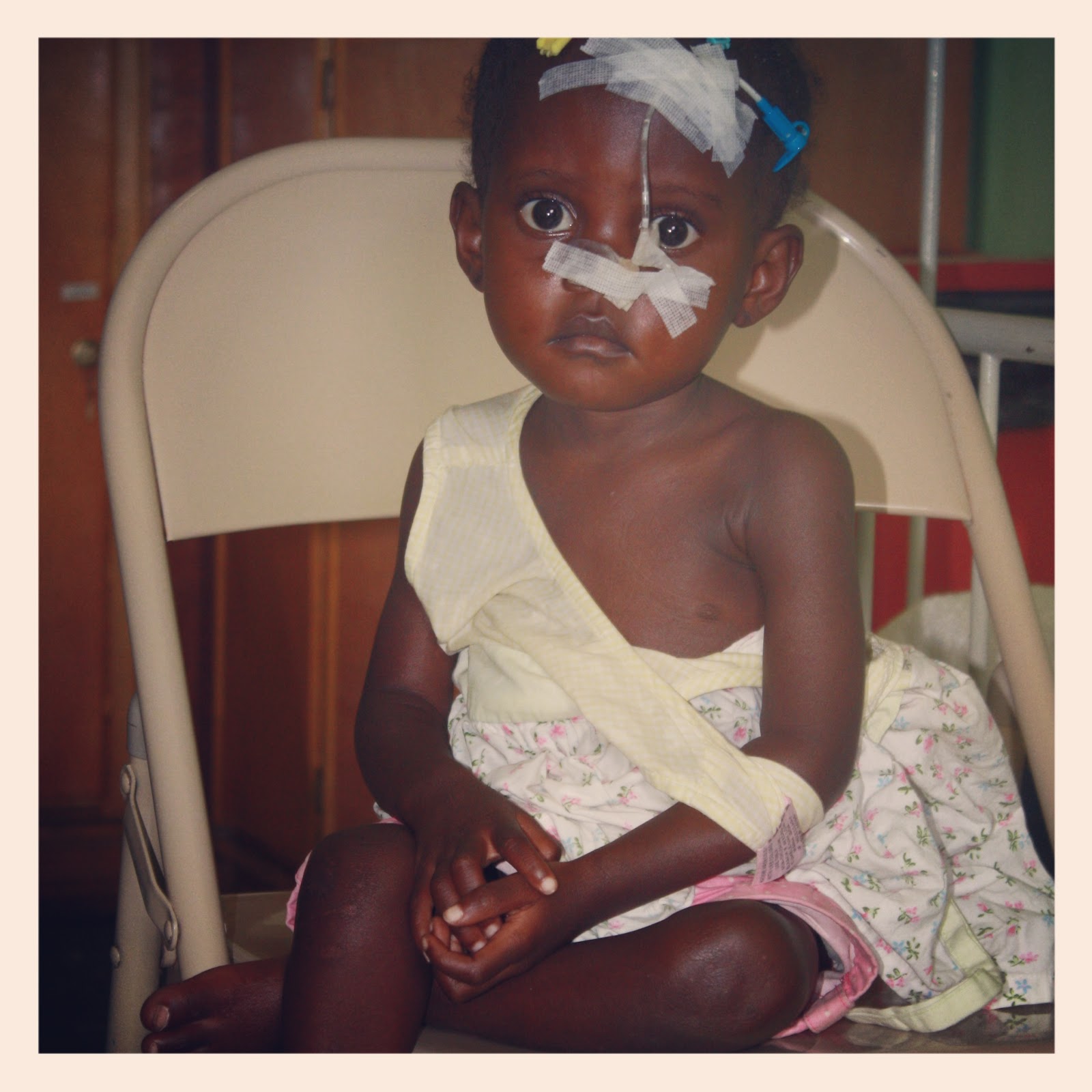 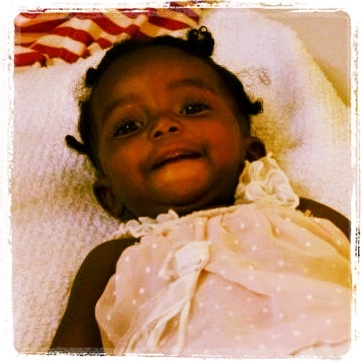 .. no frills, no expenses, no travel costs, minimal admin costs..

Sustainable and Local. No frills no admin costs…

The Power of Small.. History of the Rose Charities Cambodia Eye Clinic

Meet some of our amazing Rose Charities people !